Message on a Stick 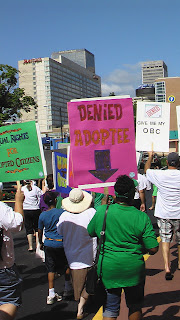 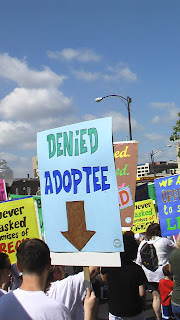 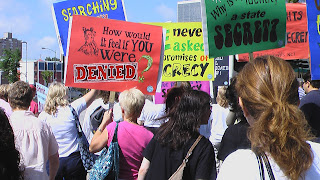 A Little boy’s sign--- I did not feel comfortable posting the pic of a boy, even without his name. There was a little boy who was about 5 and he wanted to draw his own Demonstration Poster. It was a white 8 ½ x 11 sheet of paper taped to a stick. He started drawing stars for the American Flag, and people, and the border on both side had tears. Why tears? His Dad found out less than 5 years ago that he is adopted. So this little boy sees first hand that “adoption makes people sad.” Pedigrees 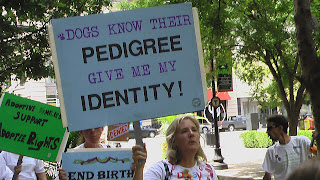 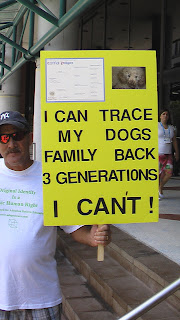 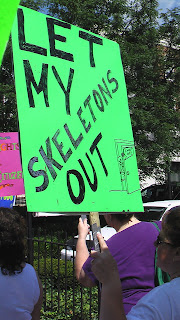 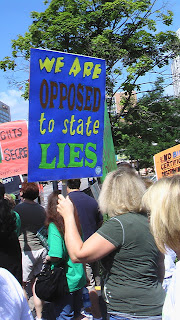 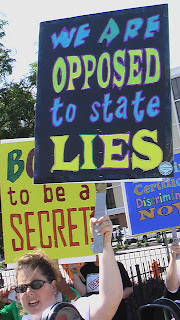 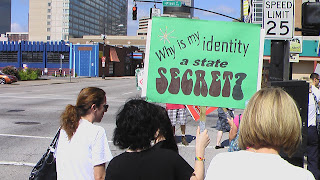 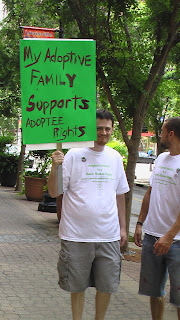 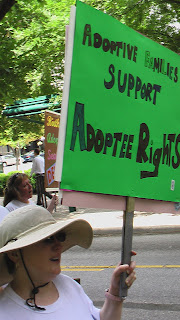 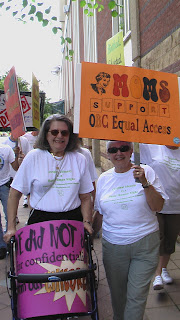 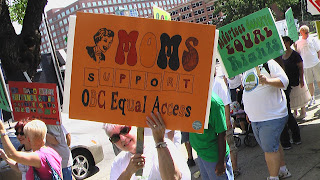 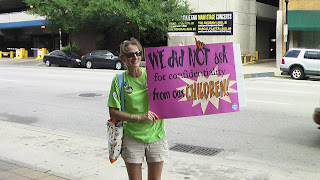 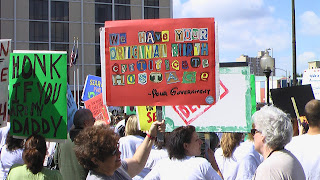 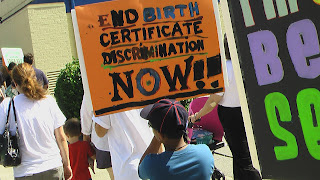 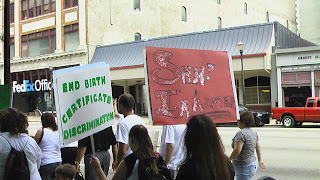 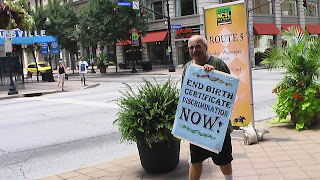 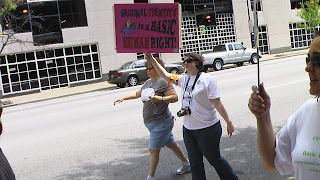 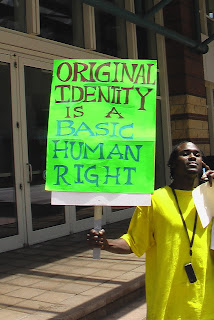 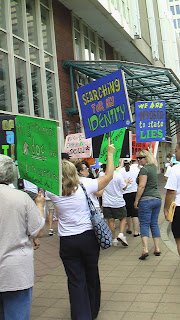 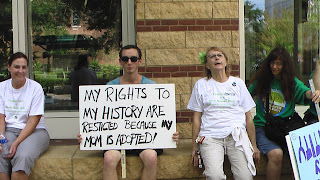 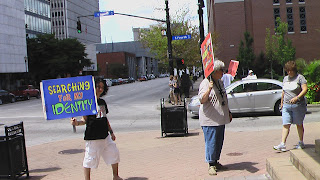 So, now that you’ve looked at a good sample of the posters, do you know what this Demonstration was about? What do things like “Original Identity,” “denied,” and “sealed” mean? What do Birth Certificates have to do with all of this “lies,” “secrets,” and “secrecy”? Let’s start with the Poster that Summarizes the Plight of the Adoptee. 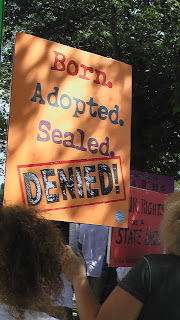 Born – a child is born. There is a birth certificate listing the (original) mother of this child & sometimes the (original) father is also listed. Adopted - the child is given up for adoption. The mother either voluntarily surrenders her rights to parent the child, or the rights are terminated by the courts. Sealed- The adoption process can take from months to years to complete or to be “finalized.” At the time the adoption is finalized, the Original Birth Certificate (OBC) is sealed by the state and a new Amended Birth Certificate is issued for the adoptee. This Amended Birth Certificates now lists the Adoptive Parents as the Mother and Father of the child. Denied – when the adoptee becomes an adult, they find their requests to obtain their Original/Unamended Birth Certificates is “denied.” It is important to note that there are currently there are only two states that do not seal the original birth certificate and never have sealed them. Kansas is one of those states. Why? 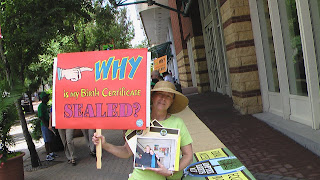 So, what is the goal of this demonstration? It is bring awareness to the discrimination to the 6 million Americans who cannot get their Birth Certificates like all other US citizens. The Goal is to change the laws so that an adoptee, when he/she becomes an adult, can got o their vital statistics department and fill out the exact same forms as a non-adopted person would to request a copy of their Birth Certificate, pay the same price as a non-adoptedperson, and obtain their Birth Certificate without all the delays, red tape, extra fees, hassles, etc. Equal Acces is what is being asked for – not special treatment or special privileges, 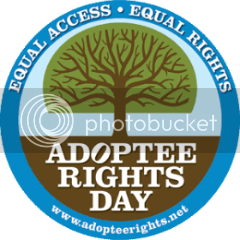