What does it feel like to be a birthmother?

It feels like being the goat in this video

They're afraid of me

What do you do when you’re feeling blue?
Sad?
Depressed?

I hear some people shop, some eat, while others may sleep.

When the pain is crushing down and I am struggling tremendously to keep my head above water, Cheerio retreats into a world of dragons. 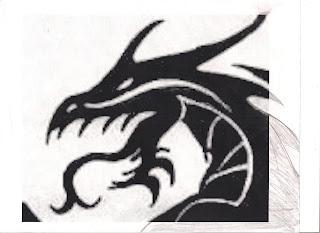 My oldest nephew says the movie Eragon is juvenile, but that movie resonates with me in so many ways.  There have been times that I've watched it five or more times in a week.  I can gague how I'm doing by how often I'm watching this movie.

[If you haven’t seen it, or don’t remember much about it, I recommend you watch it.  If you do, this post (and possible future posts) will make much more sense if you do.]


Skip trough to the point that Eragon reaches the Vardan.
He is walking with Azihad through their community.
The people watch with sideways glances and avoid eye contact with him.

Eragon comments, “They’re afraid of me?”

Azihad replies, “Why wouldn’t they be?  There is no retreat from here, nowhere else to hide.  The suspicion has kept us alive all these years.  When word spread of a new dragon rider, we were expecting someone who was … more … what?  ”

“More than me” Eragon finishes.


That scene keeps replaying in my head.

In particular this phrase “They’re afraid of me…”

“They’re afraid of me…”
Azihad’s response was basically “Of course they are!”

I translate this to my son …
Last week I sent his birthday letter directly to his house with my full name and contact information.  He has not responded (yet).

“He’s afraid of me…”
“Why wouldn’t he be?  Until now you weren’t real.  You were ‘superstition,’ a speculation, a fantasy perhaps.  You were only imaginary.  Where can he go from here?  There is no where else to hide and this may destroy the image of you he’s already created.”

Have you ever a looked at a bug in a glass or acrylic paperweight?
No, I am not asking if you’ve seen the bug paperweights.

I am asking
if you have ever LOOKED at
the bug

in one of those paperweights? 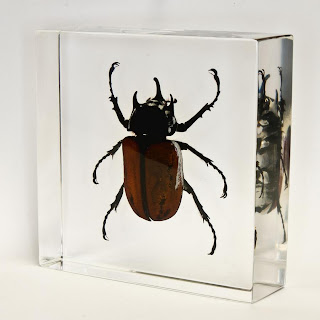 Have you ever thought about the bug?

There he is - suspended in time, unable to move to the right or left.
He cannot eat, breathe, or even blink.
He is paralyzed.


Adventure with me, if you would, and imagine. . .

What if it isn’t glass or acrylic?
What if, instead, it is a block of ice?
And

What if the specimen inside isn’t dead?

Can you imagine being frozen in place like that? Can you imagine something being alive, alert, and fully aware of everything going on around, and yet being trapped and isolated from it all?

That ‘frozen in midair feeling’ is where I have been for the past few months.
The circumstance creating this paralyzing feeling has everything to do with my son.

In less than two weeks he will turn 18 years old.

I have not written about this on my blog before now, but I actually know where my son is. November 16th will mark two years ago that I discovered his last name. With this crucial piece of information I found what school he goes to, and I’ve been able to track his progress in both track and cross country. In fact with him being a runner, I have uncovered quite a treasure of online pictures of him. Since his aparents have stopped sending pictures (again) these on-line pictures are a God-send!

But having recent pictures is secondary to the tremendous sense of relief of actually KNOWING where he is, of KNOWING he is ok. I realize it is a worn out expression, but it felt like a weight was literally lifted from me.

Another weight lifted is that neither he nor I will be held as a hostage, depending on the corrupt and dirty agency, Bethany Christian Services for a reunion. Bethany is just like all the other agencies that play games with people’s lives by not giving correct or complete information, by outright lying when adult adoptees inquire of their original information, and by charging ridiculous “searching” fees.

But that is a topic for another day.

While I now know where my son is, I am being careful with this information. I have not attempted direct contact. He was 16 at the time and I figured it was too close to his 18th birthday to give his aparents any “legitimate” reasons to accuse me of foul play. I attempted to abide by the unspoken rules – for his benefit. If I rocked the boat and it made his aparents angry, who are they going to take that out on?

It is a fiber-thin line and trying to decipher where it is at times has been somewhat tricky. To me the line ends at public events or information and I have avoided trespassing into his personal space. I have not driven by his house or his school, or even taken a detour of driving through his hometown. I very well could, since I am taking a course at a different campus this semester and have to drive by his exit for school.

So, as time is ticking and I get ever closer to the goal of his 18th’ birthday, the ribbon to the finish line is now visible. I always dreamed about reaching the goal, but now it is so close, and I am terrified of messing it all up.

And here is where the frozen mid-air feeling comes in.

I can’t be too positive. He is only 18, still lives at home, most likely will be very aware of how his ap’s feelings, will most likely be protective or careful to not hurt them, and he is probably as deep in the adoption fog as I was at one time (I was lost in there pretty deep).

I have no idea what happened when his older brother turned 18 three years ago. Did he search? Was he found? Was there any sort of reunion? How did it go? Are they still in contact? Whatever happened I imagine impacts my son’s perception of a reunion.

This leads me to the other reasons I can’t be too positive, he might not be ready for reunion. He may not be expecting that I already know where is and he won’t have to search.


BUT,
I can’t be too negative either. A very dear friend reminded me of the psychology 101 classes and we talked about self-fulfilled prophesies. If I am afraid he will reject me, then I will think he will reject me, which will lead to behaving in a way that would make him want to reject me.

Before finding my son’s name, much of my adoption journey has had this bug in the paperweight feeling. With all the unknowns you have no idea how to deal with anything, because none of it is based on truth – it was all based on imagination and guesses.

It is not a fun place to live at all. I have found it to be painful, very painful indeed.