This needs to be a short post, as summer classes have started and I have a few chapters to read before class tomorrow night.

The past few months have had their ups and downs, with some down times being darker and valleys deeper.  I am thankful that I have a good network to lean on during those times.  It worries me that my son may not have such support.

It is hard to believe it was two and a half years ago that I ‘found’ my son.
I did not attempt direct contact until his 18th birthday last fall.

I have often used the analogy of a double paned window.  Until his 18th birthday both windows were closed, the ones on my side as well as the ones on his side.  When he turned 18 and I sent him our full names with contact information, it was as if I had opened the window on our side.

While that is great and fantastic, it isn’t the end of story.
It isn’t time for contact or reunion yet, because he needs to get to the place where he too opens the window on his side.

I have done what I can do, and the rest is up to him at this point.

BUT that does not mean I am in the clear.  I still need to be very careful with everything I do, because it will influence his willingness or resistance to opening that window.

This is his senior year of high school, and it has been wrought with incredibly painful milestones.  Each milestone is a wonderful celebration for him, his progress, his growth, and his accomplishments.  These steps he is taking as he is closing this chapter in his life before beginning a new one.  This is good.  He has worked hard and it is paying off.

At the same time, it is difficult to sit here still being an observer in the shadows as he approaches and then passes these milestones.

I remember co-workers showing off senior pictures of their son, or niece, or other relatives they’re proud of.  I enjoyed sharing in their joyful moments.  For my son, I was hopeful he or his parents would send a senior picture, but I should have known better.

Early this spring, he, and other classmates signed their intent to stay involved in athletics when going off to college.  You should see the big smile on his face in that picture!  He’s a tall kid and easy to pick out in the group.  But I see this from the still-closed window.  I know of his college plans from a newspaper article.

The Friday before Mother’s day was their Senior Prom.  But he didn’t excitedly (or nervously) tell me about it, instead I found the date and information on their class blog.  I have not been able to find any hints or clues of him going to the prom.  If he did, it is another milestone where he was most likely smiling and I’ve missed it.

In two weeks he will graduate from high school.  I know the date, place, and time the ceremonies will be held – thanks to the information online.  He should be proud.  Even though we won’t get invitations to the ceremony or a party, we are still proud, very proud of him. 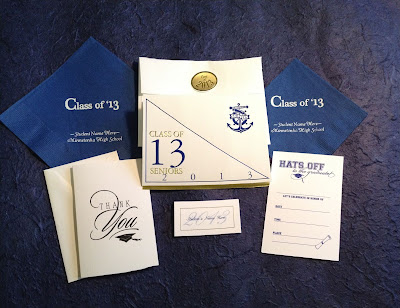 This past weekend was the district track and field competition.  He did well in the league championships and was seeded to do well in his events for districts.  While Mr. Cheerio and I went to watch him run, it was such a difficult time realizing that this was his last track event of the school year; therefore it was my last chance to see him until – until who knows when.

Back to the window analogy; not only has his side of the window remained closed, now the curtain has shut.

I am left here in darkness and silence.
There is no future date to look forward to anymore.
No more glimpses at running events.  No more news articles with pieces of information.  No more online pictures.
What do I do to recover now?