his voice
i don't know why I do this to myself,
but I found more stuff online relating to  my son...
i found pics from around the time of his High School Graduation
(he is quite a handsome young man)
and there are some short video/pics of him at his xc events away at college...


DUMB, SUPID, PEABRAIN, FOOL THAT I AM
just had to keep digging
why didn't I just stop with the three new pictures?

- i don' tknow,
i guess it's like a little kid picking a scab?
i am so curious,
i am also very happy for him relating to good things in his life, to see him smiling and doing what he seems passionate about

i found a video of an xc event this month, and after the race, the person wandered around asking guys how they felt about their time.
and so,
19 years later

I finally get to hear the sound of his voice...from a stupid video!!

not over the phone,
not skype,
not f2f,
but some stupid impersonal video...

it is so hard being on the outside.

He is happy, he is healthy, he is in a good direction for life ...
yes, it brings both relief and genuine happiness for him

Not really expecting any replies ...

I have been struggling a lot with depression lately.
Last Friday I was just so glum, even the forced smile was obviously fake.

I can't write about it now, but I lost my "little princess" my sweet little Pussy Willow early August.


﻿﻿
Not able to fall asleep or sleeping well.
I haven't even been sleeping in my own bedroom -- which has been "Willow World" for the past several years.  That was her room, her territory, her domain.  So going in there to sleep just isn't possible.

I think the sadness is combined with that event 5 years ago.  I didn't even tell my hubby when it was the anniversary - I just cried myself to sleep.

Monday I called a friend and she let me talk about it.  Tuesday I was in a much much better place.

anyway, not an exciting post ... just reflecting, I guess

Where there are boundaries, there is safety?

My last blog post was end of May – over three months ago.  There have been so many situations since then I’ve wanted to blog about.   But as a full-time student working a full-time job, blogging time is very limited (to non-existent).  Perhaps it would be faster to record an audio file than it would be to type, which would allow me to share more of what is swirling around in my brain.


The post in May was about my son’s high school graduation. It seems that the well is dry so often these days.  I was really hurting and originally posted because I was hoping for encouragement.  Instead I was caught off guard by the responses I got on FB.


Now, let me make it clear that I am not upset with anyone who commented to that post.  I am just taking that discussion and blogging it, because I feel the subject of boundaries that surfaced is very important.  I have read MANY discussions about adoptive parents “setting boundaries” against the original parent(s).  But don’t recall boundaries being discussed between original mothers relating to our children when they are older.


Healthy boundaries are different for every one of us, whether we are original parents, adoptees, or adoptive parents.  We all need to figure out our own healthy boundary lines – even with relationships having nothing to do with adoption.  Sometimes we move or change those boundaries as we grow personally. 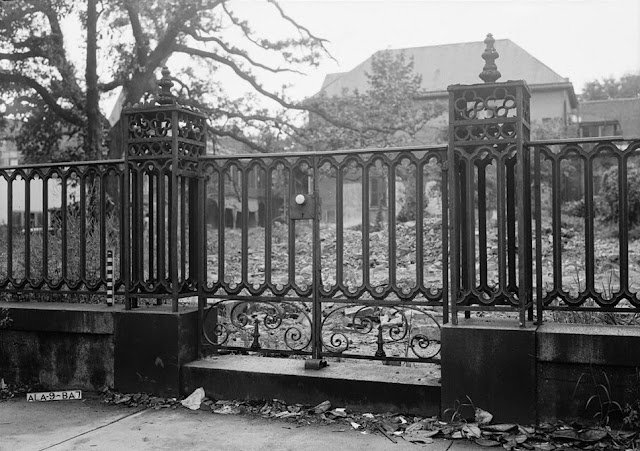 So, back to the graduation thread …


Several responses had to do with the idea that I should “just go to his graduation.”  I tried to explain that around here, you don’t “just go” to a graduation.  Seating is limited and they give out tickets in advance.  You do not get in the door without a ticket.  Apparently not all High School Graduation ceremonies are like this across the country, but here it is not open to the public.


*Even with this information one response was that I could go to the graduation anyway and just sit out in the parking lot in my car.


I know the woman who suggested this is hurting very much and gets very little information about her young son, and that makes me sad for her.  At the same time the suggestion was out of the question for me.  My own boundary is that I will not do anything to cause me to hide and duck from police/security.  Where is the honor in that?


Think too for a few moments about the violence we’ve seen this past year on school grounds.  I imagine any one responsible for security would be more vigilant than ever to look for anything “out of place.”


Imagine, had I gone, and was asked or leave or arrested, imagine if my son witnessed that?  He would be mortified!  Imagine if one of his classmates saw it – my son would be embarrassed.  Imagine if it would have ended up in the local paper!  None of those situations would bring about positive results.

*Another was asking that if I did go and sit out in the parking lot, wouldn’t it make me feel good just knowing he was in that building?


Quite frankly, no, it would not. If anything, it would have made me feel WORSE – knowing that he was in there and I was not invited, but excluded.


The reality is that I am second fiddle right now, and sitting in a parking lot would have only been a stark reminder of how incredibly true this is.


*Another push-back I got was asking how showing up at his graduation would be different from going to any of his sporting events over the past two years.


Regular readers here know that we (my husband/his father and I) have gone to see our son at a few track/cross country events.  We went to the larger events that would have a larger crowd and each one was a public event.  There have been some events I found out about, such as one that was not sports related.  But I did not know if it was open to the public, therefore I did not go.


*One last comment I want to mention was the input “But he has not told you to stay away.”


My thought on this is – Exactly!  Nor do I want to provoke him to the point that he would have to tell me to stay away.  I feel that I must weigh all of my actions carefully to avoid this kind of negative confrontation.


If I were to continue acting with the frame of mind “he didn’t tell me no” – and I do that over and over again.  If it finally gets to a point that he would actually tell me no, then I have already crossed one of his boundaries and it would then be much harder trying to repair the damage.


I hope that restraint will be worth something someday.  I have known his last name for almost three years.  In that time I have not been to his high school, his hometown, or driven by his home.


All opportunities to watch at public events are over now as he went off to college last month – eight hours away in another state.  That will be his territory.  We won’t be able to watch, unless he opens the door and invites us into his space.


So those are my self-imposed boundaries.  I am not ashamed of any actions I have or have not taken.  I also think these boundaries keep us from falling into a stalker category.


Open for discussion, ideas, or thoughts. . . How did you approach finding healthy boundaries with your adult adopted son or daughter?