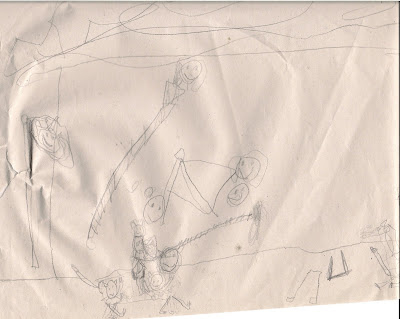 Throughout the years together, I think my hubby and I have found a decent balance between doing things together as a couple while still giving each other space to do things independently as individuals. But one thing we’ve had a really hard time with is finding other couples to hang out with.

Recently at my job we’ve brought on board a contractor who used to work for the company years ago as a programmer. We happen to go to the same church, but don’t talk at church much more than the occasional “Hi. How ‘ya doing?” a few times a year. We knew each other more so from having worked together in the past. About two months ago this fellow came into my office and was telling me that he and his wife would like to find a few other people to get to know.

It was peculiar, in a way, to hear him describing the same sentiments that I feel frustrated by. The basic frustration is that, everyone is so busy and getting to know people is nearly impossible. No one has time these days to make friends outside their existing network.

So, we’re forming this small group. There are 7 of us getting together once a week. We all bring something to contribute to a meal and we spend time talking. Next week we’ll have food from the grill and play games and ping pong at our house. It’s nothing complicated. Most weeks we’ll be meeting at Jay’s house, because they have two young boys whom they can send off to bed if we end up talking late.

The first night we met at Jay’s house, I basically did what I always do – I ignored their children. I intentionally avoided eye contact and didn’t really even talk to them. Heck, I’m not sure if I even acknowledged them at all! Now, I’ve never been an infant hoarder. Even as a teen I just didn’t see anything in holding babies or any such nonsense. They cry, poop, and eat. Babies and very young children weren’t my thing.

But there was a day that I loved kids once they were old enough to actually talk and communicate – about 7 and older. In fact at one point I moved to Georgia to be a primary school teacher.
But that was before my own son was born.
That was before part of my heart closed in on its own self.
That was before I lived with the open, seeping, unhealed wound of losing a child, my child, my only child – my son, to adoption.

Other than my own youngest nephew, I don’t do anything with children at all. In fact, I don’t even have friends who have young children. Some might consider it to be a coincidence; however, I imagine it’s a subconscious decision to keep children out to prevent my own pain of losing my own son from surfacing. Therefore, ignoring these two boys was just the ‘natural’ thing for me to do (to protect myself).

The next few weeks, I became more aware of what I was doing. I noticed that I was actually putting energy into keeping the kids at a distance. I didn’t want to smile at them, even though part of me was thinking about how funny they were or how much fun they could be. But I flat out just did not want to open my heart. I did not want to let any children in, especially not a boy. I did not want to risk how that would make me feel. I’m sure there is a dash of guilt in it as well.

Original moms live with guilt their entire lives. It shows up in unexpected and seemingly insignificant ways at times. So there was that subconscious part of me that wouldn’t allow him to be replaced. There was also the subconscious part of me that didn’t even want to try. Why should I embrace any other child in this world if I gave away my very own flesh and blood? That guilt was some of my self-inflicted punishment for 16 years. And I see it still has it’s hold on me.

I just stuffed my feelings and tried to remain indifferent. It was very hard, and I could feel the emotional struggle inside. While I wanted to just pretend they didn’t exist, at the same time I knew that if I was going to build a friendship with Jay and his wife, inevitably I would have to accept their boys as part of the package.

Last week I allowed myself to talk to their boys. I even joked with them a few times. My world didn’t cave in, so I let my guard down a little bit.

Then tonight it happened. We were sitting around the table after supper and the youngest boy was sitting next to his mom writing. He wrote two little notes on a piece of paper. Then he carefully tore each note off of the paper and gave one to one of the guys in the group. Awww, how cute, I thought.

Then he got off the bench and came over and handed me a note too. I smiled at him and thanked him for the little note. The longer I held it, the more I felt the loss of my own son. But I flattened out the note and left it lying on my knee as we continued talking. He ripped a sheet of drawing paper out of the drawing pad and went back to his place and sat back down.

I talked with him about the picture for a few moments. Then he went back over to draw another picture for the other guy he had written a note for earlier. I have no idea what the drawing is, really. He doesn't speak very clearly and I could only make out one or two words. But there was a lion and horse, and lots of people and they were all smiling. It actually had a lot of detail on it. It was a thought-out picture of an event, not just the basic picture of a house or of a cat or of stick figures with big feet.

So there I sat. My heart was already stinging from the note. And now I’m holding in my hand one of those “refrigerator treasures”. I just could not help but think – I’ve never had any of these from my own son. And I know I never will. Those moments and years are gone and those priceless treasures he made were given to someone else. I’ll never see them. Even if I did, it would not bring a smile, but more tears and sadness to realize the dept of what I’ve lost. Of what is gone and can never be restored.

Several times tonight my eyes welled up with tears, but I had to hold it all in. No one would understand why a picture would make someone cry. And frankly I didn’t want to talk about it either.

Sweet. He is a cute little boy with a sweet little smile.
He even picked a flower for me as we walked to our car. It was cute, but at the same time it was marred by the bitter void in my own life.