I wrote this last week, and although it is not adoption related I am posting it here. I'm just busting at the seams and want to share with someone ... Last month I posted breifly about two nephews who have been missing for 10 years. And early January we finally found one of them. Although they are brothers they were separated & we haven't 'found' the younger or made contact with him yet. The older one is 19 now. I vividly remember the last day I saw them both. He was still 8 at the time, but went missing just before his 9th birthday. That first conversation with him on Skype, it was so cool and yet weird at the sametime. My nephew, sister, mom and I all have Skype on our computers now. We talk at least once a week - sometimes more. I'm tearing up just to hear his voice in my head. It's so amazing. I am so blown away by it all. He didn't even realize he was 'missing' and that we've been searching for them. I don't feel comfortable asking him questions about those 10 years. I know he and my sister talk and occasionally I learn some things from her. I figure that when he's comfortable bringing things up, then I'll talk / listen. So, anyway, the other night my husband and I were online w/ him for about an hour. As a kid he was over at our house one or more weekend each month for a span of time. During our conversation that night he mentioned somethings he remembered about being at our house. He remembers pancakes. 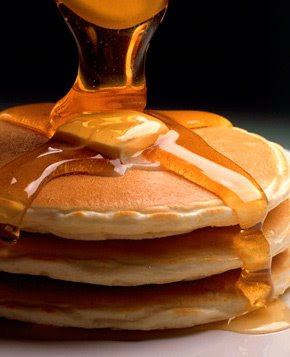 That made me laugh so hard.
I'd nearly forgotten all about it.
I loved the supper fluffy pancakes and made them almost every saturday he was over.
But that was back when I still cooked and baked!
Now it's like a prison sentence to be in the kitchen.
He said he also remembers there being "a lot of Ovaltine." 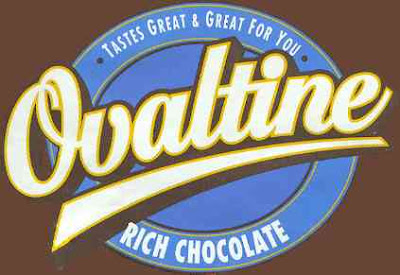 That made me laugh even more than thinking about the pancakes. I laughed about that too, and had to confess to him that I still like the stuff. The only reason there is none in the house now is because I'm too cheap to spend the extra $2 to buy it! I think he was amused to learn that Ovaltine was occasionally a gift to his youner brother (who is here with us, and whom I've also blogged about a time or two). Ovaltine as a stocking stuffer or other miscelaneous gift item throughout the years. During that talk I asked when we get to see him "eyeball to eyebal" - "face to face in person?" I just cannot wait to see him in person! I don't know when that will be - but he knows we'd drop anything to see him when he's ready. I'm sooo excited about finding him. I am so hopeful and excited. And I'm sure I won't be able to hold it in when there is actually a visit scheduled. I was also very happy to hear him say "I talked to my Mom yesterday..." Which tells me he is accepting us (well, at least her) as his family. And laugh!?!? I can't describe how I feel each time I hear him laugh! So that night after we 'hung up', I was putzin around the house getting ready for bed when I realized- -I - had a smile on my face!?!!! I then realized that I also felt light and happy (which isn't always the case).
After so many years of missing him and hoping, and wondering, and being worried,
it was nice to just sit and enjoy the good feeling.
"Thank you, God" was all I could say, "just Thank YOU."
Posted by Cheerio! at 12:34 AM