But you don't regret

It was supposed to be a girl’s day out for a little fun. Her hubby was out hunting, mine was working on a house project. I did not get to her house as early as planned. She’s a kitchen hugging, rather be cooking wacko. I’ve never met someone who loves to cook like this woman! So we hung out at the house as she made all kinds of Christmas goodies to give away. Oh, and we made yummy oatmeal raisin cookies (per my request). She ran out of those little pretzel bites and needed more. So we dash down to the little store nearby. She was so disappointed that they only had 5 bags (see, a cook freak). On the extremely short drive back I was telling her about a new feature I added to my blog. I mentioned Google, and she asked me “what would someone Google to find your blog?” So I mentioned “adoption loss” and “regretting adoption decision.” She’s driving, but glances at me quickly and interjects, “But you don’t regret the adoption…” and I think it trailed off. It was more of a statement, rather than a question. Or at least that’s how it sounded by the tone. And it sounded like she was going to go on, but waited for my answer. I was caught off-guard and was very nervous. My thoughts were all jumbled and I gave a lame reply that I regret how it happened, that I didn’t get support, and that my son was sold for adoption because of the money-grubbing agency’s greed. And it hurts to realize now how unnecessary it was to lose him. Why did I not just say to her that “Yes, I emphatically regret the adoption!”? I am not entirely sure. It leaves me with more pondering. Maybe I did not answer with my mouth what my mind was screaming, was because to simply say yes would have “labeled” it. Then it could be marked on the folder ‘regrets’. Then the folder would be hidden away in a dark filing cabinet. Never to be discussed again. And that is what I don’t want. I WANT to talk about it. Talk especially to her. She is my best friend, and yet she has no idea how painful adoption is to me. I want her to hear me and listen. When I am down or hurting or struggling, I want to be able to go to her for support. Not to ‘fix’ it or make it better. But just to sit with me while I cry. 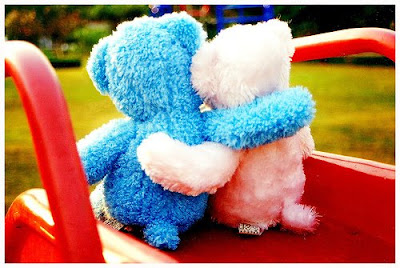 That’s the kind of support I’d like. ‘Regret’ as we hear it in every day talk, doesn’t seem to fit how I feel. In my mind regret sounds as if I want to go back to the past and undo it. I am not trying to go back. I have accepted that my decision was made and there is no undoing it. However, there is a gigantic difference between accepting my decision, and liking it. I am remorseful of it. I am sorry for the decision I made. It haunts me, both the past and the future. In addition to saying I regret my decision; I can easily say I am NOT proud of my decision. I am disappointed in so many facets of my decision (myself, the pro-life / pro-adoption marketing, the perversion of true religion and manipulation for monetary gain, the willful blindness of society in general, myself again). Here is what I found when I checked Webster’s. Regret: as a verb - "1 a: to mourn the loss or death of; b: to miss very much 2 : to be very sorry for" as a noun - "2 : an expression of distressing emotion (as sorrow or disappointment)" Not only do I regret (as both a noun and verb at different times), but I also am very remorseful... Remorse: "1 : a gnawing distress arising from a sense of guilt for past wrongs." If we will ‘allow’ criminals to regret their actions and decisions, then why is it so unthinkable for a woman to regret not having her own child call her Mom? I suppose I will always have both - regret
and
remorse.
Posted by Cheerio! at 12:41 AM