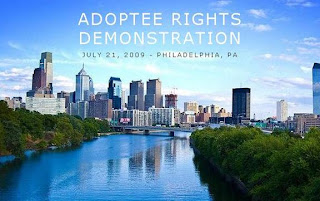 Sunday late afternoon we arrived in Philadelphia; my Hubby and I.

It was a pleasant enough of a drive. We missed our exit off the highway and were lost in Philly for only 30 minutes. Hubby did a great job working our way toward the hotel as we maneuvered through the crisscrossing of one way streets. At one point we were just a few blocks from our hotel when we ended up in a wrong lane and were forced to cross over the Benjamin Franklin Bridge into NJ.

Of course there are no exits off the bridge and so we got off at Cambridge, looped our way around, under the bridge and back onto the bridge again without too much time lost. I initially thought Sunday night would be a night for just me and my hubby. But just as we finished our ‘bridge tour,’ my cell phone rang. It was Jimm.  He was at the airport waiting for H-of the UK to arrive. We planned to meet up at the hotel and go out for dinner.

We found our hotel, unpacked and took a stroll down Race Street to see if the seafood restaurant I saw on the drive was within walking distance. When we got back from our walk, just as we were on the hotel steps, my cell phone rang again. It was Jimm and I could literally see him through the glass doors, with his cell phone to his ear.

Wow! What a surprise to meet him face to face, as well as other adoptees I’ve met on-line!
H-of the UK was with him. ULB was also there -- She is one of the organizers of the ARD, and was one of my encouragers for my writing my Leggies & letters