I go to a Mom and Pop type shop to get my nails done.
With all the landscaping, gardening, digging in the dirt, and moving of rocks I do, I’m very glad to have found someone who does an excellent job.

I am aware that ‘nails’ is always a potential trigger for me.
Sometimes it’s when the ‘A’ word comes up on the tv shows. But more often it’s because Norm (not his real name) talks about his perception of ‘me’.

He describes how much money (he thinks) I have and how rich I am and how easy my life is, because I don’t have children.

Although his blind assumption of my finances is slightly annoying, it deeply hurts for him to assume how ‘easy’ my life is without children. It ouches every time he says it.

He has no idea of the nights I cry myself to sleep, or the countless days I drive into work crying the whole way because of the child I don’t have, and the indescribable pain and heartache that it brings.

Last week; however, was completely unexpected to me. I don’t even remember how the subject came up.

He was talking about a relative or friend who quit smoking for something like 16 years, and then started smoking again. I made a simple comment that I know I have habits too, but not any that I know will kill me.

His tone changed completely. He was instantly worked up and he raised his voice (only slightly, but it was noticeable to me) and he vehemently attacked that idea. 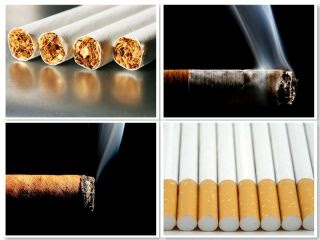 I was stunned as he boldly declared that smoking doesn’t kill people!

He talked of an older man he knows in his home country who has been smoking since he was 14 years old.

I suggested that maybe cigarettes are different in his country. He went on to complain about how much the price has gone up on cigarettes from 20 years ago.

Hello, price of milk and gasoline has gone up too! He mentioned his idea about the tax on cigarettes. That the government uses the ‘claim’ that smoking is bad for you, so they it can tax it.

Now, I was just sitting there giving all the signs that I wanted the conversation to end. I was looking all over the room, and not even looking at him as he spoke. I did not interject anymore comments either. I guess when he started the conversation; I just took for granted that he was not a smoker. How was I supposed to know otherwise? He continued on for a very long time.

The phrase that he repeated over and over throughout his entire discourse was that smoking does not kill people. After all, he exclaimed, if it was really bad for people, the government would put a stop to it. And at the very end, he lamely added – people die from other things you know. You may be wondering why I am writing about this. What in the world could smoking and adoption have in common?
Most people I know who smoke, will at least acknowledge that it probably is not good for them.
But this man's attitude was not at all like that. Instead his attitude was absolute denial.
The common thread between Norm's tirade and adoption is
people’s refusal to acknowledge how harmful and damaging it is or can be.

When they read about the obvious signs of PTSD that firstmoms exhibit, it means nothing to them.

When they read about the nightmares that a firstmom has, or nightmares and struggles that her subsequent chidren have, it is irrelevant. When they hear a firstmom begin to describe how the adoption has caused her to question her self-worth, and throws her into near crippling depression – they cut her short. They prefer to believe their own little fairy tale version of adoption.

But it is not just a refusal to listen to firstmoms, they don’t accept the feelings adopted people express either. They don’t want to believe that an adopted person who grew up in a loving afamily would still feel abandoned by their natural family.