"He's a Starfish too" 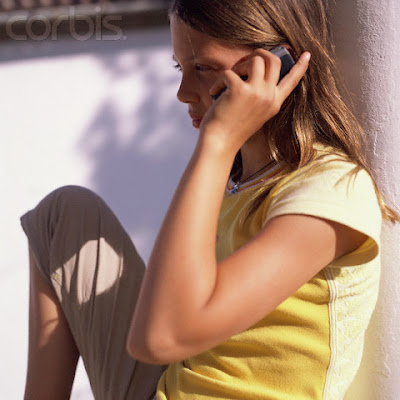 Everyone needs a friend like that. If you can find more than one or two, hang onto them with all your might. They're more than their weight in gold.

We talk on the phone every three weeks or so. And I love every time we talk. I love that she listens to my boring stories. I love to hear her laugh. I especially love hearing the commotion in the background at her house (all the time!).

When she calls me and is upset, I hate to know she is hurting, but I am glad that I can be there for her when she needs a listening ear or reassuring hand on her shoulder.

And so, I'm telling my friend Cassi about the episode of Uncle Ian and the Adoption Sales Pitch.
I was actually talking to her on the same night it happened. I'm being my animated usual self, with raising and lowering my voice to add emphasis and interest. I was still feeling kind of confident for taking a stand. I'm vocalizing to her what my next step is. I emphatically state that "I am now on a quest to find the perfect phrase to silence Uncle Ian for good! I need that phrase which would drive the silver spike through his heart to ensure the dark, evil, and vampirish subject of adoption will NEVER come up again. I need to put him in his place!"
You know what happened next?
I bet not, because it sure caught me by surprise.
Instead of being egged on by my friend, she says something that stops me in my tracks.
If you have a good friend, like I described. I'm sure you would agree that you know that you're in for trouble when they say, "Can I be brutally honest with you?"
I stopped. I literally stopped. I think my arm was midair, and my pacing of the floor ceased. I thought to myself, "Gee, this is bad. What now?"
After pondering her question for what seemed like an hour, but surely it was only a few seconds, I said to her, "Yes, please be honest with me."
And quietly (well, as "quiet" as is possible for Cassi) she says to me, "But, Cheerio, you know ... he's a starfish too."
Instantly turmoil broke lose inside of me. I felt myself protesting, "But...." "NO!" "no, no, no, no! I can't". My offensive stance disappeared, and instantly all the walls to protect myself went up.
She goes on to describe what I did NOT want or even Care to hear, but I needed anyway.
She asked, "Who? Who is going to prepare him for what his two beautiful Chinese daughters will face in the years to come? Who will help him and his wife realize that these two girls deserve the right to grieve instead of being forced to feel grateful? Who will help this family through the greatly misunderstood turmoil ahead?
"How will they ever come to know that there is another side of adoption? -the side that involves loss, instead of gain? -the side that is sadness instead of smiles? -the side that hurts deeper than words would ever reach? - the side that is brokenness instead of butterflies and rainbows?
"How will
they
EVER
know?"
At this point, I'm just standing there listening. My tirade is over, and my spear is on the ground and out of reach. There will be no fight, no target on whom I can unleash all my anger and rage of past hurts.
No, no fight this time.
She's right.
I was standing in front of the coal stove. My right hand was holding the cell phone up to my ear. My left hand would clench, unclench, clench and unclench again. ((With long nails a person needs to do this exercise carefully; otherwise there can be little spots of blood seeping through where the skin was punctured just a little too hard.))
Although she recognizes that I am not ready to 'go public', with my 'adoption story'. Well, quite the contrary, it is not a 'story' it is the 'truth' that I've refused to reveal.
At the same time this man's two beautiful daughters deserve for their father to KNOW the 'other' side of adoption.
Unexpectedly I come up with a different plan.
Instead of "putting him in his place" with a verbal attack,
I will offer him a different perspective.
I haven't hammered out all the details just yet. But here is the crux of the plan.
In some way, shape, or form, Uncle Ian will be invited to join others who could "talk about adoption for hours". Hopefully he will have an "open mind" and join us on July 21st, 2009
at the Adoptee Rights Demonstration in Philadelphia, PA.
(( http://adopteerightsphilly.blogspot.com/ ))
"...he's a starfish too"
Posted by Cheerio! at 7:00 PM