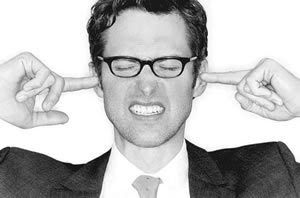 Cheerio used to be pro-life. My sister got those newsletters and stuff from Keith Green. As a teen, I remember walking around to strangers to have petitions signed against abortion. It it is because of the pro-life agenda, I lost my son. I was only 14 or 15 when learning about abortion. I didn't even have a boyfriend, and yet they sold me their biggest pro-life lie. The lie that that Adoption is 'THE ANSWER' to an unplanned pregnancy. At that time I did not even KNOW someone who was dealing with an unplanned pregnancy. Yet I wrote papers about it. At some competition I even got some kind of award on a paper with the topic! Was it because my writing was so fabulous? No, it's because I was arguing for a cause that many people believed to be true. That I was imploring people to not let innocent little babies be killed, when there are so many loving couples who could adopt them. Otherwise these couples would never have a family. I am no longer Pro-Life!!! I will NOT argue for their cause anymore, because I know firsthand that the prolifers INSIST on gluing adoption with the abortion subject. You can't hear a prolifer talk without the adoption subject coming up. Let's ignore the voice of the women who faced unplanned pregnancy and chose adoption. Many of these natural moms say that they did not seriously consider abortion. Let's ignore the facts that many women don't consider adoption until they're past the stage where an abortion could be done. So, why are they weaving the adoption thread throughout an abortion discussion? Pro-Life is a puppet for marketing the adoption industry. And it sickens me to the core. Prolifers won't even CONSIDER the downside of adoption. Not only that, their blinders are fastened so tightly to focus on there being only two choices: Abortion or Adoption. Then they REFUSE to consider there is a third choice. If THAT ISN'T brainwashing and narrow minded, then what is? If you must label me, I am NOT pro-life, and I am NOT pro-choice. I am PRO-FAMILY. It's about time people get their stories straight and start recognizing that adoption as they know it, is a myth. It is a lie. Adoption is not an answer to a "problem"! Adoption merely introduces another "problem". It is NOT a win/win situation. Prolifers and Family Values is a conflicting statement. Family Values don't tear families apart. Instead they would be supporting and encouraging the expectant mom to parent. Instead of using the adoption rhetoric that erodes her confidence and belittles her worth to the child that already loves her! There is a third option for an unplanned pregnancy, it's called Parenting. If prolifers REALLY AND TRULY believe in family values, like they say they do, they would research adoption and it's affects on the natural moms and the children.
Posted by Cheerio! at 3:08 PM