Change is inevitable.
We can't always accurately predict ahead of time what the outcomes of change will be, nor can we always foresee the far-reaching effects of its tendrils.

The change comes,
and later we find that - oh, no!   I'm not liking this effect at all!

So it is with my blog(s).  Having been silent for months, changes happened while I was away.  With my most recent posts people were unable to add comments, so I had to adjust my settings.

Somewhere I clicked something, and I'm not entirely sure what it was, but I wish I could undo it.

All my old posts are now one huge long run-on paragraph.  If you're a regular visitor, you'll know immediately that is NOT my style.

So, now I'm going to be cleaning up a huge unintended mess as I go through all the blog posts I've ever written, and try to make them presentable and put back in the paragraph breaks for the intended emphasis.

That's what happens when we make decisions without a full understanding of its implications.  So it is with adoption...
Pregnant, afraid, and considering adoption she gets sucked into a world where the truth of the far-reaching effects of such a decision is skillfully hidden from her. 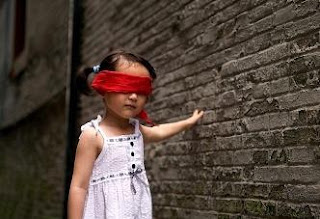 Later could be days, weeks, or maybe years down the road.  She turns a corner to find out she has yet another big huge mess that ties directly back to the 'decision' to give up her baby for adoption.  Unexpected effects could be dealing with the adoption closing, it could be finding out that the people who supported adoption as the best decision are nowhere to be found after the fact, it could be the inability to have another child, it could be the inward slicing of the knife as peers, friends, or co-workers have babies of their own, it could be silence after trying to reach out to adoptee who is now an adult, it could be flat out rejection after being found, it could be the difficulty of keeping ones head above water during the cycles of depression that threaten to suck her under each and every year...the possibilities go on, and on, and on.
By then, there is no way to un-do it.  We're simply left trying to figure out how to cope, how to deal, how to repair all the damage (if that is even possible) and pull together yet another room full of shattered pieces of our heart or life back together just to survive.

Adoption does not "solve" a "problem" -
it only creates different ones, and more of them.