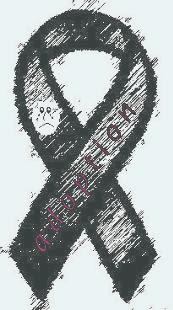 I read on a blog last night that the focus of Adoption Awareness Month is supposed to be about foster kids who need adopted. And they commented about how people talk about it from the POV of domestic infant adoption.
At first I felt silly about my journal post from earlier in the week. I even thought about removing it.
But as I thought about it, I stick to my guns above.... BECAUSE, although the firstmom who made the above statements is correct in the technicality of the gigantic difference between foster adoption and infant adoption ...
the realities are twofold. One - society does not make the distinction. When you say adoption society in general lumps it all together...they don't see a difference. And since foster adoption is obviously a good thing (when presented this month) they come to the conclusion that OBVIOUSLY infant adoption is just as good of a thing.
the other reality is... Two- just what you rainfalls under the prior journal page (about adoption advertisement on tv showing a young girl and her domestic [Hollywood] adoption story.) So reality #2 is that the infant adoption folks/industry are riding on the coattails of this month's heightened awareness about adoption. They are not only are not only gleaning from the increased use of the word adoption in media (see reality#1) - but they are also distracting from those kids who TRULY do need a home.
An article I read last week (gee I wish I could remember where from where, it was not a blog, it was an online news article) about the pattern of international domestic adoption. How adoption industry paints a picture to the American people of the children languishing in orphanages and NEED homes. So Americans start to adopt from those countries -- where the 'NEED' is. Then these countries finally wake up and see that the opposite is happening. When they review the facts, the amount of children languishing in orphanages has not gone down. Instead the number of fresh from the womb infants adopted by foreigners skyrocketed. They also found increased problem of babies being stolen to meet the demand of foreigners to adopt. Those countries found that when they shut out foreign adoption agencies - that suddenly the # of infants who needed 'homes' disappeared.
Wake up AMERICA!!!!!! Infant Adoption is ALL BASED ON SUPPLY AND DEMAND!!! I don't care if it's domestic or international adoption. Americans have this unrealistic image of infants laying around in ditches - and so they want to rescue them.
That is NOT the reality! Women are talked, pressured, coerced, brainwashed out of keeping their babies - so someone else can buy them! Women's lives are maimed by losing their child. Stop picturing babies needing rescued! It's a false image!!!!!
Instead start to Picture expectant moms who need a hug, a support network, reassurance that she can do it - then offer to stand beside to help her. Help her raise her child into someone who grows up and makes a difference in the world! Then you can be proud that you played a critical part in that miracle!
Then start to visit orphanages and be a big brother or big sister to some of those kids there. Maybe you can't bring them into your home, but you could be their friend. Doesn't every kid deserve a friend? someone who cares?
That is why I will write about domestic infant adoption in November. Because the original intent and focus is gone. Once upon a time, there was a need for kids stuck in orphanages to be adopted into a good home. And adoption may have started out with a good intent. But that intent has been abused, misused, neglected, and discarded.
Arm yourself with knowledge! Research it for yourself!
Posted by Cheerio! at 9:05 AM