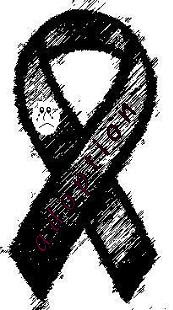 Adoption AWARENESS Month! November – should be called Adoption AWARENESS Month! Just like Cancer Awareness, Suicide Awareness, or Leukemia Awareness. We need to be aware of the illness or disease so we can avoid the spread of it. This is how adoption should be discussed in November. Imagine the reaction from society if next year we call October Breast Cancer Month, but let’s make one tiny change from the Awareness Month from this year. The entire month of October there would be radio announcements, advertisements on TV, and stories in the newspapers about the wonderful gift of Breast Cancer. But next year, rather than discussing the dangers of Breast Cancer and how to Detect or Treat it. Instead, let’s look at it from only one Point of View, profit. Let’s listen to only the financial institutions. Interview all the surgeons who make their living from those with Breast Cancer. Interview the hospitals or other places that provide care for the women who have Breast Cancer and who are struggling to survive just one more day. Discuss only the positive benefits of what Breast Cancer has meant to them. And if they told their stories from just their point of view, people might think Breast Cancer is indeed a wonderful thing. But in order to make that happen, the other voices need to be silenced. There could be absolutely NO stories, comments, or otherwise presenting a ‘downside’ or negative perspective toward Breast Cancer. No one could mention the courageous yet difficult battles and struggles of those women who lost their life to Breast Cancer. It would be deemed totally unacceptable to hear about experiences from their point of view and how it changed their life. There would be no room for their voice, even though they were the ones to endure the pain, the fear, the struggle, and at times the very will to go on. “Preposterous!” You say? “No one would believe that Breast Cancer is a beautiful thing!” “It is totally absurd to even suggest such a thing. Breast Cancer destroys lives, everyone knows that!” [[Yes, Breast Cancer has directly impacted my own family and circle of friends…I take this comparison very seriously and am in NO WAY intending to minimize how serious breast cancer is.]] Preposterous? Absurd? And yet this is how adoption is portrayed in our culture, in our society. The ones who are paying for the advertisements you hear, for the movies you watch, for the billboards and newspaper ads… they are the ones profiting from adoption. They are the ones not only profiting, but they are very active in trying to silence the voice of the women who endure the pain, the fear, the struggle, and at times the very will to go on, the natural mothers. Preposterous it is that society has completely sided with the adoption industry and the message portrayed by their financial institutions – without even taking into consideration the other lives in the balances. Society has just bought the marketing hook, line, and sinker. They do not take the time or make an effort to learn about the scars adoption leaves. The scars of the natural mother who loses her child, as well as the scars that an adopted person bears. There is the other voice that the adoption industry wants to silence. The children they pretend so much that they ‘care about’. While at the same time they intentionally shut it in a filing cabinet the studies that have been done which clearly demonstrate that a child is not a clean slate as the adoption industry claims emphatically in their well-honed marketing presentations. A child spends 9 months in his/her mother’s womb. He/She knows the mother’s voice, and is already bonded to their mother. The child is born and then they are separated from the only person they knew. It is not a simple easy transition that the adoption industry claims. It can be tragic to the child. As if it’s is not enough to separate mother and child when it is unnecessary. Many adoption agencies – and yes, even the religious and international Christian agencies – do everything in their power to keep the adopted person as a sub-class citizen by not allowing them access to their own records. Every adopted person should have a right to know their own heritage, not to mention their own medical history. But you won’t see that talked about during the month of November. And why is that? It is because the message being broadcast is paid for by the ones who profit from adoption, not by the ones living with the aftermath. November, It’s Adoption Awareness Month – arm yourself with knowledge!
Instead of just soaking in what is being marketed, check it out for yourself!
Posted by Cheerio! at 10:44 PM