This weekend there was a fire in our area.
Headlines read, 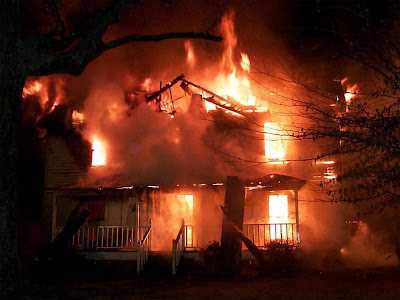 By the time the fire departments arrived, the house was completely engulfed in flames.  “It appears the home is a total loss. The couple who lived there got out safely.”

It made me think of a conversation from a few years ago. A group of us went out for lunch and were sitting around the tables catching up. One woman was describing some of her struggles since their house caught on fire earlier in the year. It was traumatic even though everyone got out safely.


I mostly listened as she shared different aspects of her experience. Their house was damaged, but not completely destroyed. She summarized by saying that she is thankful no one was hurt or killed, and that is the most important thing, “everything else is just stuff and can be replaced.”


“But what about pictures?” I interjected.

Her response was that pictures are only mementos from events. She still has the memories of the events and the time shared with people.

Oh, right.  That is what pictures are to most people – they are mere reminders of the experience – a snapshot of the time when ….. 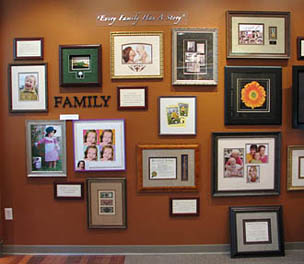 But at the time that wasn’t the case with me. I have completely missed all the events, moments, and celebrations with my son – all those things that actually make the memory didn’t happen.

Since holding him for the last time at three days old, there were no more memories, no experiences, and no moments that we shared together.

The ONLY thing I had left of my son was the pictures.


His adoptive parents have not always sent pictures, and even now they don't send pictures as they agreed to.  But when they did send pictures, I copied them, scanned them, even saved them to a CD and put it in our fireproof safe.


Pictures of him were not “just stuff”– they were my sanity.


Pictures of him
were not
“just stuff”
–
they were
my sanity
Posted by Cheerio! at 9:14 PM