Dear Movie Man … Do you remember me? 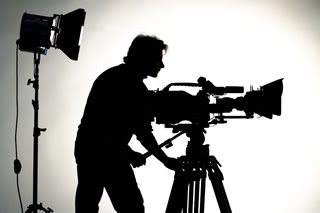 In case not, let me sum all of this up (I’m not good with summaries, but I’ll try).

Cheerio gets an e-mail from you, indicating your plan to film stories of original mothers as a documentary.

At some point you indicate you read or have read my blog. I think my blog has been rather transparent this year (I’ve lost an unborn child 16 years after losing my only other child – a son - to adoption). It’s pretty easy to see that I do not share the same viewpoint with most of society’s thinking that adoption is “wonderful”, nor do I view it as a “win/win situation.”

If anyone misses either of those points on my blog this year, they must’ve been speed reading and the words were a blurr.

In my e-mail reply I asked you what the goal of your documentary is, I think that is a fair question. Since you’ve been to my blog, you would not be surprised that a response from me clearly stated that I could not participate if the goal was to promote adoption.


To keep this as a summary we’ll just skip right to the part that we exchanged phone numbers and actually talked on the phone one evening. Bottom line, you wanted to know if I would or would not be willing to do an video recorded interviewed? You asked what my concerns were. We talked about those concerns, which helped me resolve them and they were not a roadblock, just concerns. We talked for about an hour.

I thought it was a reasonably balanced conversation where we both asked and answered questions. It seemed as if we both shared. I agreed to do an interview with you. One of the last things you said to me was something along the lines of hearing my story of the birth. Then we hung up the phone.

Movie Man, I am not a Hollywood actress. I am not a character from Broadway. I am not merely a voice reading lines on a radio program.

I am a broken hearted original mother who has not seen her son in almost 16 years. Our separation through adoption was completely unnecessary and I have lived with the regret and the betrayal e v e r y s i n g l e d a y of my life. Ever day, Movie Man.

This is not a script I can put down when I’m done reading. I have to find the courage and strength to go on one more day with a bottomless hole in my life. Adoption has broken me. Adoption has broken hundreds and thousands of original mothers.
Our daily lives are lived walking on a tightrope. 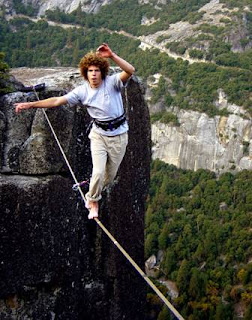 Each day we find ourselves balancing all the stuff an average woman does … family, finances, health, education, jobs, taking care of our homes.

Those are in the buckets on the ends of the pole we carry as we walk our tightrope of the soul.

Why a tightrope of the soul? Because losing a child to adoption affects us to the very soul level, it is so deep that even our best of friends cannot meet us there. It is a tightrope because life is full of triggers. Triggers that can completely upset our sense of balance and we find ourselves teetering – without a safety net below.

There are the expected triggers that come with the cycles of the seasons … our lost child’s birthday (which is inexplicably painful for most), the days or weeks leading up and/or following that birthday, family holidays such as Thanksgiving, Christmas, the Fourth of July, and the maddening punishment of Mother’s Day. These seasons we become aware of and try to brace ourselves for the longer we walk this adoption journey.

But then there are the unexpected triggers, that come out of nowhere and blindside us; hence, “unexpected.” It can be a major trigger such as M-TV’s 16 and Pregnant, or commercials promoting adoption, or a news article on yet another celebrity who has purchased a new child to parade around like their new charm on a bracelet. Or it could be as simple as seeing a child of the same gender and age of the one we are missing, that triggers the memories, the wondering, and the undying longing. Sometimes it’s the few words from a song

What would I give if I could live outta these waters?
What would I pay to spend a day holding your hand?
I'd give my life
I'd sell my soul
'Cause I can feel I'll never be whole

But I can see I'll never be Part of your world”

A trigger could happen when driving by a street, house, or building we were in carrying our child. A trigger could be seeing another woman with an infant, or it could be something more innocent, like someone asking how many children we have, or even a kid’s movie.

Since you’ve only talked to a few original moms in the past year, let me give you a little hint. Talking about the birth of a child we could not keep – is a major trigger. We don’t want to think about, let alone talk about it. But I was willing, I braced myself and began to think about some of those hard things – the major triggers – to participate in this documentary.

I’ll be honest with you – It was difficult, very very very very VERY difficult to hear the part if your story that you and the other person in your life, have no interest whatsoever in ever searching for your original mother/family. For me to hear a man (which someday my son will mature and grow into man) say he has no interest in his original mother – it was instantly like a knife through my heart.

And yes, it contributed to the unexpected triggers and the teetering on the tightrope. Yes, the tightrope is my burden to bear, it is my journey. It was a risk I was willing to take as I sorted through the memories and tried to ponder and decide on the important parts of my story to “share”.

The part that makes this whole thing a train wreck; however, is not me teetering or even the crash I experienced for the next two weeks because of it. It was not because you were honest in sharing your thoughts and feelings, nor was it my being traumatized again by remembering and reliving my son’s birth, the separation, and the pain of empty arms.

Falling from my tightrope was painful for days after the initial trigger. It dropped me to the place where I cried uncontrollably for long periods of time. The kind of crying where you can't breathe, your eyes are puffy and hurt for hours later, and there aren't enough tissues to keep up with all the stuff dripping and running down my face. Back to a place of being curled up with my knees pulled to my chest with no appetite, no motivation, no feeling of happiness - just pain, immoilizing pain.

Falling from the tightrope is the videotape of the mind playing and relaying what happened. Wishing it weren't true, hoping any minute to wake up from the nightmare. The feelings are intense as my gut is twisted in knots and my mind is against me. All the crying and extreme intensity is draining and is physically exhausting.


So, the hard part was that you would yank the tightrope under my feet, and wile I've lying smashed to the ground, you simply disappear into the sunset.

Where did you go?
Why did you abruptly change your mind?
What happened that you didn’t have the common courtesy to send a final ‘never mind’ e-mail.

I am fully aware that you owe me nothing; however, it would be nice to know.

Were you disgusted?
Maybe that I abandoned my son, yet have the gall to hope he’ll allow me to be part of his life as an adult?