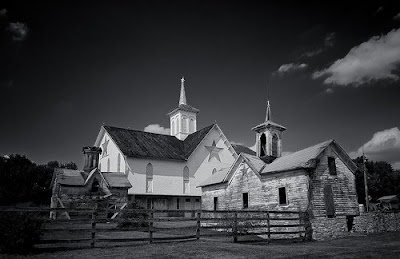 We were working our way through the crowds at the airport. The white floor tiles were sparking and echoed the sounds of clomping shoes and rolling luggage wheels. We got our boarding passes and made our way to the terminal. In time we boarded the plane and had both an uneventful takeoff and landing. There was some chatter as we drove to the house. Ahh, the familiar sounds and scents of farming, horses, and animals. For our visit, we stayed at my Grammy’s house, everything was tidy and spotless. She did not allow dirt to linger, regardless of where she lived and what she did for a living. Before I knew it, it was time to go back home. We had just about everything packed up in the car and were getting ready to head back to the airport. I almost forgot one last thing, and went back in the house to get it. I am absent minded, and always leave something behind no matter where I go. So, while I’m inside I decided to make another quick sweep upstairs to the room I had been staying in. The room was warm and cozy.

The old dresser was in excellent condition, under Grammy‘s care. It was polished and the beauty of the dark wood shone through. I chuckled to myself as I noticed she was putting things back in order already. Thinking I wouldn’t be back in this room, she had her three music books laid perfectly on the stand. She was prepared for when she’d be playing the piano again. I supposed she put the books away, not wanting to disturb or inconvenience us with her playing while we visited.
Grammy wasn’t going on the drive to the airport and was upstairs in another room. After the quick sweep upstairs, I stopped at the chair where Grammy was sitting. It seems I caught her off guard, she didn’t know I had come back inside. I watched her casually push her reading book back behind the lamp and out of my sight. I went to her and gave her another hug. I expressed that it was so very good to see her again, and we had a great visit. I can almost still feel the warmth of her cheek in that hug. I gave her another big hug and held on tight. She said about going to an event later that night. I reminded her that we had to get back to the airport to catch our flight home. She looks up at me with a sad look in her eyes, and said, "You mean you won’t come with me tonight?" I held her hands in mine and told her that we would come back one weekend each month this summer. That she should think of something she wanted to do on those visits. Almost as if she didn’t hear me say I had to go, she started talking about little things, kind of chattering. I started to worry about missing my flight. But I also didn’t have the heart to pull away from her or say goodbye. I felt very determined and resolved to come back to visit her throughout the summer. I was excited about it. It was a very strong feeling. She pulls out this newspaper sized piece of paper. One side had events listed in separate sections. She pointed to each section as she talked about the events. Then she flipped it over. Wow! Was I surprised to see all those stickers! There were blue stickers, yellow stickers, green stickers, round sticker, square stickers, triangular stickers and many many more! She said how she likes to give the sheet to one of her neighbors who have children. Then she pulled 9 stickers off and said, "But they don’t really need more than these." Although she was referring to her neighbor children, I knew she was hinting that her and I could do stuff together with the stickers instead. As I noticee how white her hair had become, she says to me, “You’d be surprised how I can just sit all day long without doing anything.” Not long after that my husband comes in. We gathered that last item I had come back into the house for, and that feeling of resolve to see her again was so very strong. We turned to leave, and the door closed behind me. Then I woke up.
It was all just a dream.
But the feelings still lingered when I woke up, and I felt sad, so very sad. That strong resolve to see her again left a dull ache. I knew that no matter how much I planned, I was not going to see her at all this summer. Or next summer. Instead it would be just like I did not seen her last summer, or any of the past 7 summers since she has been gone.
gone
Posted by Cheerio! at 6:54 PM